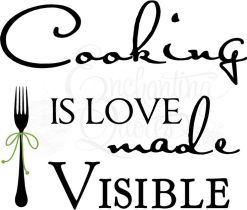 Once upon a time, I got the attention of a certain fellow and he asked me on a date. Well, actually, it was a blind date his cousin set up.

Time passed after a few dates and I decided I wanted to cook a meal and invite him over (to try and impress him, obviously). The main dish would be beef stroganoff, which I’d learned to make with my brother-in-law a year or two prior.

This was also the first time I’d made this particular dish for my family and I was pleased that it was a hit. Especially with that fellow. I eventually married him and we had a couple of children together. Our daughter, Sarah, who moved west and left her poor mother in the Midwest to pine for her…wait, that’s another story.

Sarah confessed some time after she got married that her husband would like more variety in the meals she served. (I hope he said it kindly.) She conceded that she had limits and wondered if I had any ideas. So I recruited family members to send me recipes for main dishes, appetizers, desserts–you name it–that were favorites at their house. Or dishes that were traditionally prepared on special occasions. We definitely had to include her Grandmother’s chocolate cake recipe. My siblings and I still talk about that cake that was so moist, we didn’t even care if it had frosting. That one had tradition written all over it.

She was delighted with the book we put together for her.

I included the recipe for Beef Stroganoff because a certain tale had been told over the years. It was almost legend that cooking that particular dish had turned her dad’s heart toward her mom. (I don’t know that it’s the only thing. I was pretty good with a sewing machine too.)

Love and food go together. And I don’t just mean “Goodness, I love to eat food,” although if we’re Foodies, we not only love to cook, we love to eat and feed others.

Maybe it’s the process of cooking and baking and then sharing the meal that makes for a true Foodie. I have a friend who says this is absolutely one of  the ways she shows love. If she cooks for you, she’s loving on you.

I don’t think it matters if it’s an elaborate meal for a Foodie to love on someone with what they prepare. It could be as simple as making your friend’s favorite oatmeal cookie recipe–just because he’s your friend. Maybe your kids could eat tacos ’til they’re coming out of their ears. Make a traditional Taco Night. And let them help in the kitchen. You never know; you might pass the soul of a Foodie to one of your children. Now wouldn’t that be love made visible?