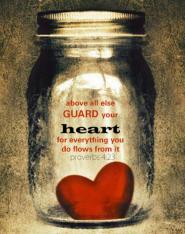 A friend of mine shared in a small group that she thought she probably would be safe from idols in an atmosphere alone with no distractions: no TV, no radio, all alone. She said people wouldn’t distract her from her spiritual life and worldly music or television programs wouldn’t do it either.

Listening to her, the concept sounded good. But at that time, my situation was pretty much what she described and I was still in danger of idolatry on a regular basis.

I have an active imagination. I have a good mind. And sometimes I believe they are sincerely out to get me.

Other people I know who are seriously trying to change from lifestyles of addiction to being “clean,” tell me it’s important to change playmates, playthings and playgrounds. To live the life of obedience to Christ, I pretty much need to do the same thing. That doesn’t mean I sequester myself away from the world. It doesn’t mean I don’t engage with people who don’t believe what I believe about God and Jesus. Doing that is hiding my lamp under a bowl. And Jesus says I’m to let my light shine before men.

However, scripture does tell me it’s dangerous for me to wander the playground of my mind without Jesus. I must “take every thought captive to the obedience of Christ.”

Not every thought I have is sinful, but some of them can lead to sin. My addictions are waiting in the sidelines if I fall prey to just one ugly thought. Or a twisted, selfish emotion. As a matter of fact, being alone can be a hindrance in my relationship with God if I let myself get lonely. I need my friends to help me, so I reach out.

A mind, they say, is a terrible thing to waste. Sometimes, it can be a dangerous place to be.

“Each one is tempted when, by his own evil desire, he is dragged away and enticed. Then after desire has conceived, it gives birth to sin” (James 1:14,15).